Just Keep Looking at Your Mind 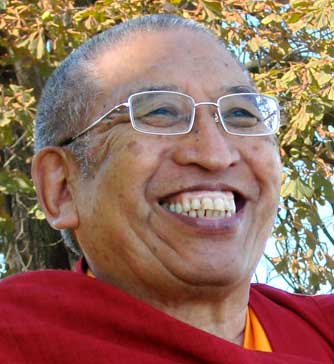 A few years ago, I attended a traveling Buddhist relics exhibition. Hosting the event was a celibate Buddhist Rinpoche’, a large Asian monk, wearing a long, modest saffron gown.  At first, I  was wary of him, but then he spoke.   His mellifluous voice emanated like heavenly honey from  his heart center and extended outward into the sweet embrace of the large crowd inside the sanctuary.
I desired to merge my body, mind and spirit with his, without benefit of seduction, words, or movement…just me, and this remarkable spiritual being, dissolved in the bliss of existence.
A few days later, his foundation held a bazaar  across town. I went  just for the chance to see this extraordinary man again.  This time he arrived wearing khaki shorts and an orange t-shirt.
I spoke with him politely as if I didn’t know who he was. However, for me, standing next to him was akin to standing next to the Dalai Llama.
He was an arsenal of love and sexual potency. And once again, and I didn’t let on, but I was feeling stoned. No drugs…just energy. Intoxicating.
What was that? That palpable energy…that magnetism. I couldn’t stop thinking  about him. Was it his absence of grasping, of clinging, of manipulation, of lust? Was it his pure, selfless dedication to making the world a better place? Was it his reverence and respect for for every living creature on  earth?
Yes, all that and more. He had fully opened his central channel to all life in his deep dedication to all beings. He wasn’t obsessed with sexual pleasure.   He wasn’t seeking someone to make him whole or happy. His entire being symbolized a non-aggressive fully erect phallus, while surrounding him wafted in the breeze the sweet fragrance of Yoni love.
Maybe my schoolgirl “Thornbirds” fantasy of seducing a priest away from his fragile piety and sacred vows was coloring my perception of him, but I doubt it.
Rinpoche, like the Dalai Llama, is a Tantric Buddhist monk.  Being comfortably at home with one’s sexual energy while cultivating it as a force for good in the world is extremely sexy.